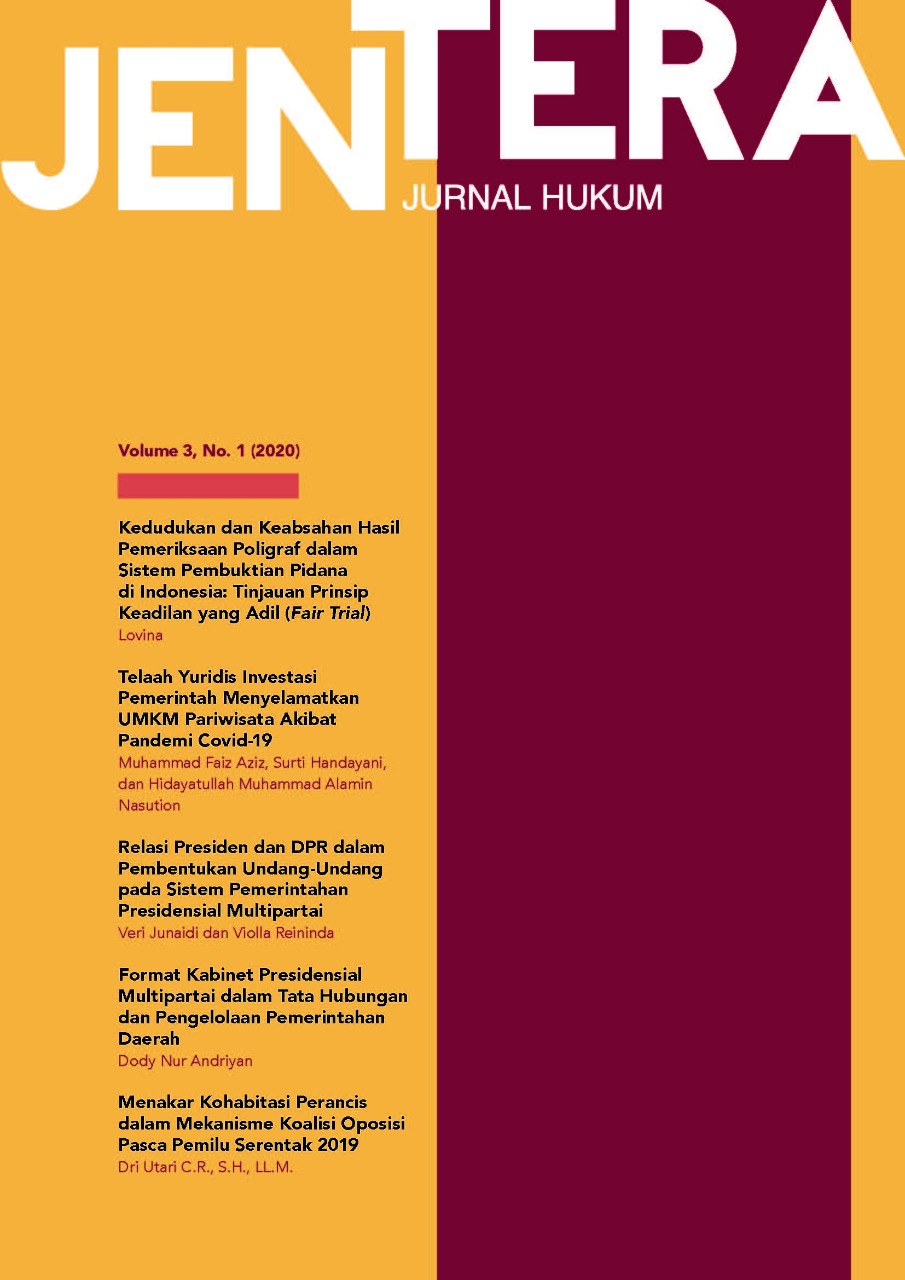 The costruction of multiparties presidential system in Indonesia has created an interdependent relation between the executive and the legislature. The relationship is increasingly tightened in terms of legislating statutes because the 1945 Constitution has constructed law-making as a collaboration of the exercise of legislative power of the executive and the legislature. The relation between the two institutions is the determinant factor of the effectiveness of law-making, both in terms of quality and quantity. The evaluation of the effectivity of law-making is conducted by comparing the causality between the results of legislation in each period with the configuration of the post-reform government cabinet. The legislation results will be assessed quantitatively and qualitatively, while the configuration of the government cabinet will be assessed by mapping the posture of political party representatives in the ministries. Data collection will be carried out quantitatively by collecting information on national legislation program, the realization, and the constitutional review results in the Constitutional Court. In addition, the writer will accumulate the political power of the government in the legislature and the ministries. Quantitative data are analyzed qualitatively to prove the hypothesis which concludes that the stronger the coalition of government in the legislature and in the cabinet, the implementation of the law-making authority will be more effective.