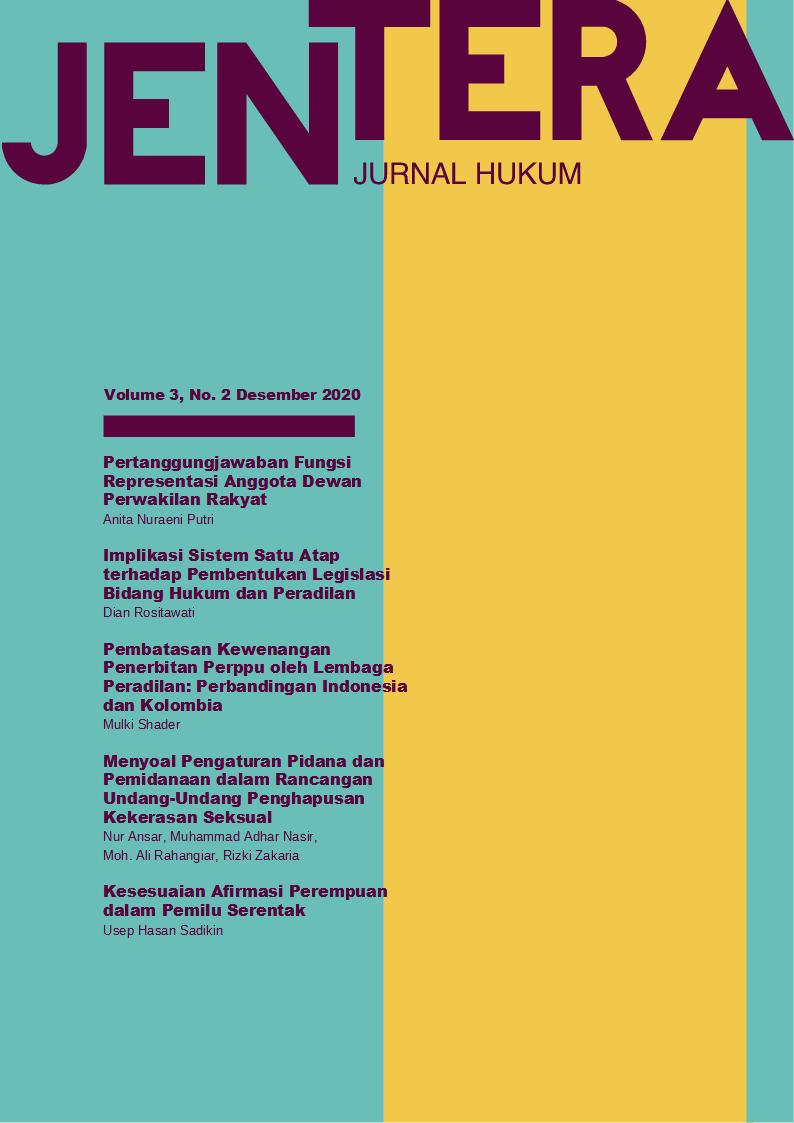 The study of sexual violence regulation has been widely discussed. However, this study tends to focuses more on comparisons between laws and regulations. Likewise, the ongoing debate on the formation of the Elimination of Sexual Violence Bill (RUU P-KS) has led to the pros and cons of its ratification, while the determination of punishment and the basis for criminalization has been stirred away from the debate. This study discusses the discourse and process of criminalization as well as the proportionality of penalties in the P-KS Bill that was rarely debated. The methods used in this research are carried out by analyzing the P-KS Bill and its academic manuscripts, and conducting interviews with subjects that reject or support the bill. Douglas Husak's theory of criminalization and Andrew von Hirsch's principle of penal proportionality to underlines the basis of this study. Our findings show that there are three views that have developed in the community regarding the P-KS Bill. In addition, our analysis of two of the nine criminalized acts shows that the criminalization process is theoretically problematic. Likewise, for the determination of the threat of punishment and its proportionality, our analysis shows that the punishment model adopted by the P-KS Bill obscures the limits of seriousness of the criminal act.